Delivering presentations is a crucial skill, both in the academia and in the industry, which is one of the purposes of the TED talk assignment. Nowadays all kinds of positions require or prefer presentation skills. Nevertheless, it is not an easily acquired skill and demands a lot of learning and practice.

Six topics were given, and it can be seen that they correspond to different majors. For example, applied math students may prefer math and sports, while computer science students may choose coding as a second language. However, selecting a topic is difficult for a pure math student like me because there is no topic relevant to my major. In the end, I chose whether algorithms are controlling or freeing us in the end because it is the most familiar to me among the given topics. 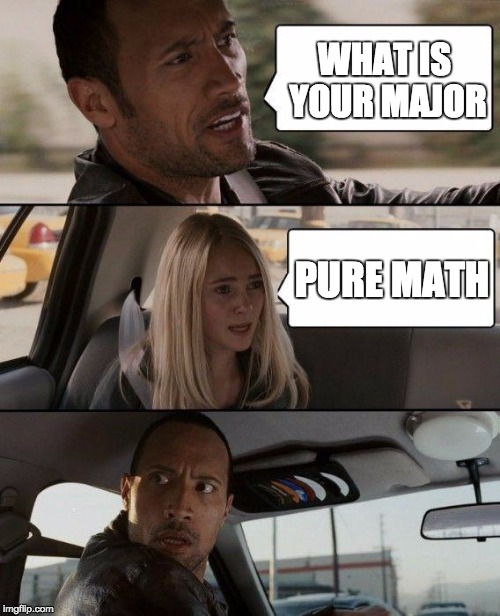 It turned out that our group had five people, which is a little too many for a 20-minute TED talk, since there are only 4 minutes for each member. On the first team meeting we introduced ourselves, created a outline. Arranging meetings after class seemed difficult because of time conflict, so most of the time we used Google Docs to share our ideas. However, due to lack of communication, we did not have any transitions between each other, and went way over time in the rehearsal. Also, we did not fully capture the purpose of a TED talk, so our slides and explanation were considered too technical. I think this is because I got used to delivering academic journal clubs, where everything has to be explained carefully in case of any questions from the audience. However, different from academic seminars, a TED talk aims to spread “ideas worth spreading”, instead of elaborating on details. Due to the same reason, I spent most of my time on the references, avoiding unacademic sources such as Wikipedia, and managed to make the style of my references consistent in AMS style.

After the rehearsal, which was a disaster, we realized our problems, so we basically remade our slides. we met more frequently and collaborate with each other more in depth. We helped each other with the transitions, and changed our order when necessary. Most importantly, we removed tons of technical material from the slides, which reduces the total time by half. Then we spent even more time to think of alternative explanation. Finally, we did improve in the end.

As for the other teams, I think they all did a very good job. From their body language, fluent explanation and elegant slides, we can see that they put a lot of efforts in it. Among them I find the group who did insuring driverless cars interested most. Congratulations for them all.

The TED talk assignment is challenging yet worthwhile. It is important for academic people to communicate with the world outside. A 20-minute talk on the stage may take several days or even weeks to prepare. In addition, the TED talk, as a medium of sharing ideas, is extremely effective and innovative. I did benefit from the assignment.

One thought on “TED Talk Review”