I can still remember how I felt when I heard the announcements that we were going to give TED Talk in two weeks! 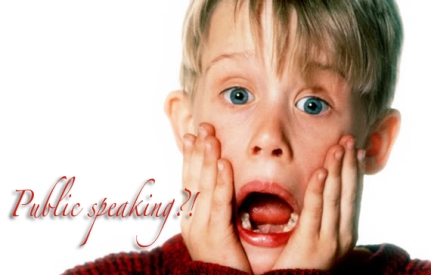 To be honest, I am the kind of person who is more comfortable writing things to express myself instead of speaking to others, not to mention public speaking. I was first enrolled in SPCOM 223 this term. But I dropped it immediately when I knew that students needed to give presentations! I switched to ENGL119, which I thought would only concentrate on writing. So when I heard that we were going to give TED Talk in team format, I felt greatly astonished and also began to feel nervous even though I was just sitting on my chair!

After I went through all the TED Talk topics, I decided to choose the one that I was most familiar with and made me most comfortable: teaching children coding as a second language, since I’m a CS major student. In class, students choosing the same topic would get together and form a group. After introducing ourselves, we exchanged our ideas on the topic and decided to have our first team meeting the next Monday.

On our first, but also the only team meeting before rehearsal day, we discussed about the topic together and decided to support the argument to teach children coding as a second language. We divided our points into three major parts: how other nations do, teaching coding’s benefit to children, and its benefit to Canada. Everyone picked the point that he/she was most interested, and I decided to talk about the benefit to children. That was all we did on our first team meeting, since we believed that as long as each of us finished our part well, we would give a great presentation overall.

On the day of rehearsal, we were the last of the three team to give the presentation. I was quite nervous when the other two teams did their presentations. They really did a good job, especially the first team talking about the relationship between math and sports. They used many data and images to support their arguments and also the transition between two students was pretty good. I became even more nervous since our team hadn’t practiced before and I didn’t even know who’s going to speak after me!

It was finally our turn to do the rehearsal. When my teammates talked, it was also my first time to listen to their speaking and watch the slides. Unsurprisingly, our presentation didn’t go well. We needed more data to support our ideas, we didn’t talk for an equal amount of time, and we went overtime for almost 4 minutes. I think all the problems was because we hadn’t practiced before and we didn’t know the time for each person. Also some points were talked about twice. We didn’t perform like a group!

We realised the importance of practice and teamwork so we planned another team meeting right after the rehearsal day. On this team meeting, we went through the whole presentation together, listened carefully to other teammates. Then we adjusted some points to make our topic more comprehensive and convincing. For example, my previous point that teaching coding could help unleash children’s creativity was not convincing, and therefore we added more details, to let children learn coding from video games. Also I added some data and charts to let audiences see the jobs requiring coding skills directly. We discussed, exchanged our ideas, and then worked together to help each reform the slides and speaking contents.

After we practiced individually our own parts, we came together on the Tuesday after class to have our own rehearsal! Firstly, we found that we still went overtime for 1-2 minutes so we worked together to discuss cutting down which part. Then we practiced and practiced, until we went for just 19-20 minutes and everyone became comfortable with speaking and satisfied with our performance.

On the formal Ted Talk day, we were more confident with our presentation. I felt less nervous and could even enjoy others’ presentations instead of going through my speaking contents over and over again in mind. During our team’s presentation, I could see everyone’s improvements! Everyone was talking more confidently and fluently and our transition also went very well, because we knew each other’s part well and we had practiced for a lot of times.

In conclusion, I am satisfied with our performance since we did a lot better than rehearsal. All the improvements are due to teamwork! We worked together, exchanged our ideas and also helped each other to improve his/her own part. I am really appreciated to have this great opportunity to give TED Talk in front of all classmates, but I am more appreciated to work with this great and warm team! I think if I am told to do public speaking next time, I wouldn’t be so nervous like I felt before, and I would even be looking forward to more opportunities!

One thought on “My TED Talk Experience”